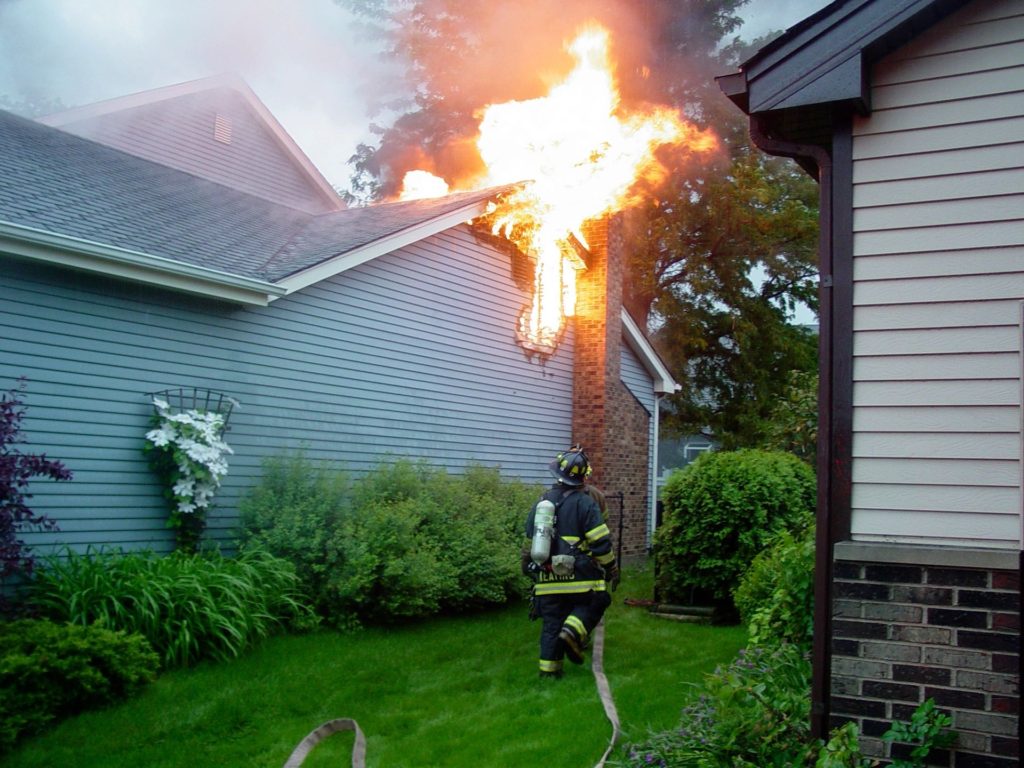 Common misconceptions exist among designers, architects, and code officials regarding multiple buildings on the same lot, additions to existing buildings, and fire separation distance. Frequently, incomplete consideration is given to fire separation distance and allowable openings, or these professionals believe an arbitrary distance (such as 10 feet) is required between buildings.

Generally, the issue is brought up when an addition is proposed to an existing non-sprinklered building where the additional square footage would require the building to be sprinklered. In order to avoid sprinklering requirements, the designer contemplates creating a second building in close proximity to the existing building and asks, “How far apart does the new building need to be from the existing building?” Alternatively, the same question arises on ground-up developments where multiple buildings will be created rather than one large building, either to avoid sprinkler requirements or for architecturally-desirable reasons.

The answer to this question is not a set number, but is found in the 2015 International Building Code (IBC), Section 705.3, Buildings on the same lot, which states in part:

Exception 2, which specifically deals with parking garages and residential occupancies, has been excluded for this topic. Note that IBC Section 705.3 refers to sections 705.5 and 705.8, which subsequently refer to tables 601, 602, and 705.8. From these sections, we can see there are a number of criteria that dictate the required distance between buildings. However, the key is that if multiple buildings are to be treated either as separate buildings (and thus avoid sprinklering requirements) or as one building (and thus avoid opening limitations), both new and existing buildings must comply with IBC 705.3.

Here it becomes important to understand that the code does not address the distance between buildings, but the distance to an imaginary line between the buildings, as seen in Section 705.3 and Table 602. From 2015 IBC Chapter 2:

FIRE SEPARATION DISTANCE. The distance measured from the building face to one of the following:

The distance shall be measured at right angles from the face of the wall.

Depending on the fire separation distance, degree of opening protection, and percentage of openings, the distance required between buildings on the same lot can vary anywhere from 0 feet to 60 feet based on IBC Table 705.8. Because of this, the imaginary line (and distances from exterior walls to the line) must be delineated on construction documents just as a real lot line must be delineated so that a proper code analysis can be accomplished. This becomes especially important in phased developments where additional buildings will be constructed over a long course of time, or where a lot may later be subdivided and sold off. The decisions an architect makes in the design phase could hamstring where future buildings (and even carports) on the lot will be located, or it could impact the location of a real lot line in the future.

By understanding the correct definition of fire separation distance and considering the full impact of 2015 IBC Section 705.3 and all included sub-references early in the design process, design professionals, and code officials can help developers and building owners understand the implications of having multiple buildings on the same lot, whether or not they are sprinklered, their proximities to each other, and what it may mean for future development.

Ed Green, Plans Examiner for the City of Carrollton