Texas is large and diverse with population centers spread throughout the state.  Because Texas is so diverse in its geologic settings, we have the potential to witness more types of natural disasters than just about any other state in the Union.   In addition to the natural disasters, Texas is home to a multitude of industries that have the potential to generate manmade disasters in every part of the state.  As a whole, Texas is moving from a reactive role to a more proactive role in mitigating damage from natural as well as manmade disasters. 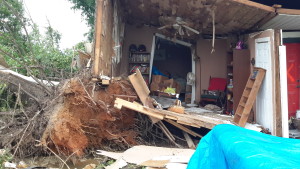 Disasters are defined as sudden calamitous event resulting in great damage, loss or destruction.  Most disasters are the result of earthquakes, fires, floods, hurricanes, tornados, landslides, explosions straight line winds, hail and less prevalent, tsunamis, volcanic eruptions, airplane crashes and nuclear power plant accidents.  Disasters may be widespread or of relatively limited scope, but they all have one thing in common – they are disruptive to resident’s normal daily life.  The secondary effects of disasters are the dangers they leave in their wake in the form of damaged and unsafe structures. To protect the life and safety of the public that is disrupted by a disaster, as well as those assisting in the recovery, structures damaged by a disaster should be evaluated by qualified personnel to determine if there are life, health and safety threats present.

A proactive way to mitigate damage and injury caused by disasters is to use sound planning principals for new developments as well as constructing and maintaining buildings to meet minimum construction standards as established in modern building and fire codes. This is especially critical in areas subject to high wind events, seismic events, or other areas prone to natural disasters.

In the event of a disaster, effective post-disaster building damage assessment can minimize the potential for 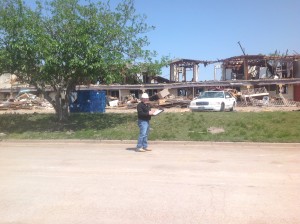 additional bodily injury by advising residents and aid providers of eminent hazards at specific locations.  Due to the diversity of terrain in Texas, the heavily populated urban areas as well as the vastness of the rural area, disasters have the potential to impact millions of peoples or a relativity few.  Some disasters in Texas will be handled by local officials, some will be declared a disaster by the Governor of Texas, and some may rise to the level of a declaration of a disaster by the President of the United States.

In any event, the Building Officials Association of Texas (BOAT) has the trained and certified personnel to effectively and efficiently perform damage assessment.  BOAT has always supported proactive disaster and hazard mitigation all across Texas.  The members of the BOAT Disaster Response Team are willing to respond to any size disaster to assist in the post-disaster building damage assessment as well as recovery support following the damage assessment.  If you ever need assistance please do not hesitate to call 214-850-5077 to activate the BOAT Disaster Response Team. 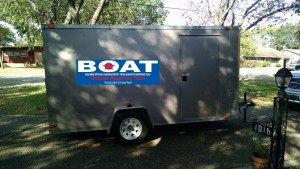